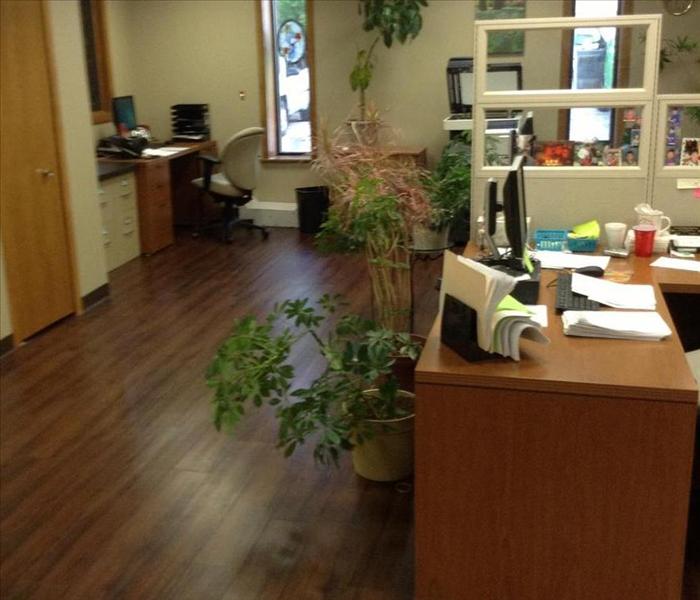 This office area of a manufacturing company sustained a sewage backup that originated in the bathrooms. About 7,000 square feet of office space was affected with contaminated water and due to the nature of the business operations the business could not sustain any downtime due to the water loss.  SERVPRO of Bedford Park / Burbank worked around the clock to restore the affected area and all work was completed within 22 days.

We know that commercial water damage can cost a business thousands of dollars in productivity, but in this case, the office staff was moved temporarily without any lost production. The customer was thrilled to say the least.

View More Before & After Photos